We are bringing to you the best and most unique artists for an exclusive online gig and chat! Get to talk, jam, and unstranger on a Zoom video call with (the artist's name and some lines about him)

Saptak Chaterjee is a singer, composer, producer and a hindustani classical vocalist. receiving appreciation steadily ever since,

Here's what to expect:

So, join us in this fun online virtual session and get ready to have an awesome time with the musical tribe. 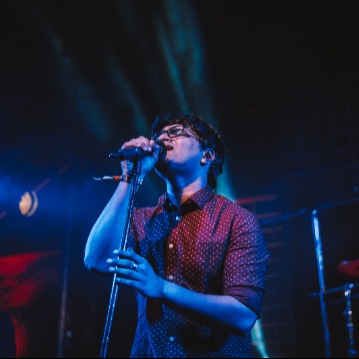 1. Born into a family of musicians, Saptak Chatterjee is a 3rd generation Hindustani classical vocalist, after his grandfather, Pt. Arun Kumar Chatterjee and Father Pt. Sarathi Chatterjee, one of the foremost exponents of Hindustani Classical music of his generation.

3. Within the country Saptak has performed at various festivals such as the HCL Concerts.

4. He is a recipient of the National Scholarship from the ministry of Culture, Govt. of India, and has had the honour of performing in front of stalwarts such as Pts. Rajan and Sajan Misra, Pt. Ajoy Chakrovorty, Pt. Vishwa Mohan Bhatt, etc.

5. On the producer front, saptak has one studio album to his credit, one EP and numerous collaborations both in the independent and film music world.

6. Saptak has played at some of the biggest music festivals in the country such as HCL Concerts, NH7 Weekender, etc.

Full refund if you cancel anytime before 24 hours of the check in time, if the host declines your interest or if the host cancels the event. No refunds otherwise.

How long do the events go on?

The timings of each party are decided by the hosts and are communicated on the event page. Most of our day events end during the given timings but the night events generally go on till extended hours. The host has the choice to keep the party going on even after official closing time.

Can I bring a friend along for the event I want to attend?

Yes, you totally can. We recommend you to attend with friends because it is more fun that way. Your friend(s) will also have to sign up & get verified in order to attend.

Why aren’t my requests to join parties getting accepted?

All interests are approved by the hosts themselves. There could be many reasons for you not getting accepted for the parties - incomplete profile, sending intersts late, the host having different requirements of guests, not having a clear profile picture, social profiles not linked, you’re not sending a personalised message and many more. Make sure you’ve completed your profile and are sending a good personalised message to the host stating why do you wanna attend that particular event.

Is anybody from the MyScoot team present at the parties?

Yes, at least one ambassador from MyScoot is present at [almost all] events to make sure you're comfortable attending these events. You can also join our fam of ambassadors, just fill this form.

I've never attended a MyScoot party, will it be a good experience attending alone?

Yes, it's completely fine. More than 50% of the guests at our events come alone. Our hosts structure these events to maximise socialisation & enagement via fun games & activities. You'll feel like you're meeting old friends.

1. Browse & Book your spot
Browse various social experiences around you. Check details like house rules, the host’s bio, reviews and send your paid interest by booking your spot.
2. Get Verified & Approved
Once you book your spot, our team verifies your profile using a 5-tier screening system and sends it to the host for final approval after verifying. You receive the address on the event day after getting approved by the host.
3. Socialize & Enjoy
Get to enjoy an interest you like & meet new people at our different theme based social experiences. Take home new connections when you walk out.
Learn how it works